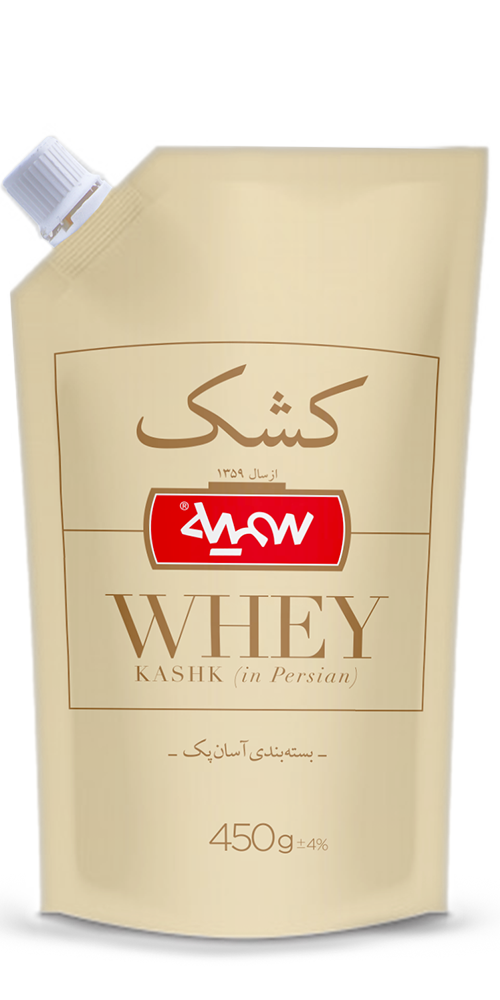 Somayeh Co. offers this product in a variety of packages such as glass jars, Asan packs, sachets, and buckets to fulfill the different needs of all its customers.

Ease of transport and storage

Compliant with the latest quality standards

Kashk is a dairy product with four times the protein of milk and a rich source of calcium and minerals. It also fortifies the immune systems and helps prevent Osteoporosis and cancer.

It is best to eat pasteurized kashk with the necessary quality and health standards instead of traditional kashk that is sold in bulk.

Nutritional facts of 100 g of Kashk: